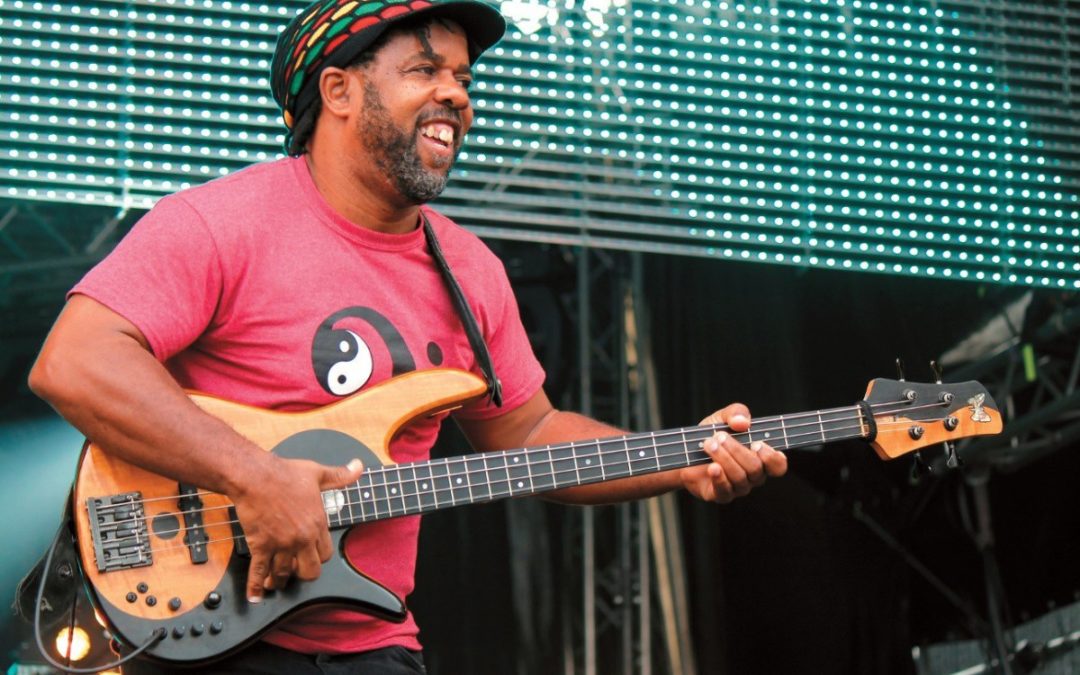 Over the years since I started playing the fiddle, I have listened to a lot of fiddlers for inspiration, and it has served me well. I definitely think that you should see what is being done on your instrument before you switch it up and try new things. But once you’ve done your homework there’s nothing holding you back. Lately, I have been listening to lots of Jazz and world music. One day I stumbled upon a Youtube video with a bass player named Victor Wooten. Victor Wooten is a very famous bass player who has played in a band called Bela Fleck and the Flecktones, and he’s played on many Stevie Wonder tracks and hundreds of others that I don’t even know about; this made me sad because I was only hearing about him after 12 years of playing music. I was hooked. Victor plays a fretted electric 4 string bass most of the time, and with it, he has become best known for his insane skill in slap bass. When you hear him play there is an infinite groove that you can’t help tapping your toes along to. There are many reasons that he is a good bass player, but the best thing about him that places the cherry on top is that he is one of the nicest guys. It really does ruin it for me when I idolize a musician and then I find out that they are self-centred and cocky. But Victor has got it all. One of my favourite tunes by him, The Vision, is a tune that features techniques such as taping and harmonics, much like Jaco Pastorious. This tune starts out slow in a minor key, just solo bass, and morphs into an upbeat, happy-vibes tune. He does so many things at one time, with just his two hands. When you listen to this song in particular you think that he dubbed over it with a second bass, but he doesn’t. Now, my favourite video of his, not an official recording, is when he performs his hit ‘the lesson’ which is one of his most popular tunes. There are many videos of this tune, but there is one in particular that is absolutely fantastic. This video displays many techniques and since it’s a video you can see exactly how he does it. https://www.youtube.com/watch?v=Ve37F3Ee9Ow Listening to Victor has allowed me to learn more about creating and adding bass lines to my own recordings and music. I’ve never played much bass, but I did recently get a Ukulele Bass that I have been messing around with! My advice is to never turn something down without giving it a try,  70% of the time you’ll discover something that you like.