My Audition at the Berklee College of Music 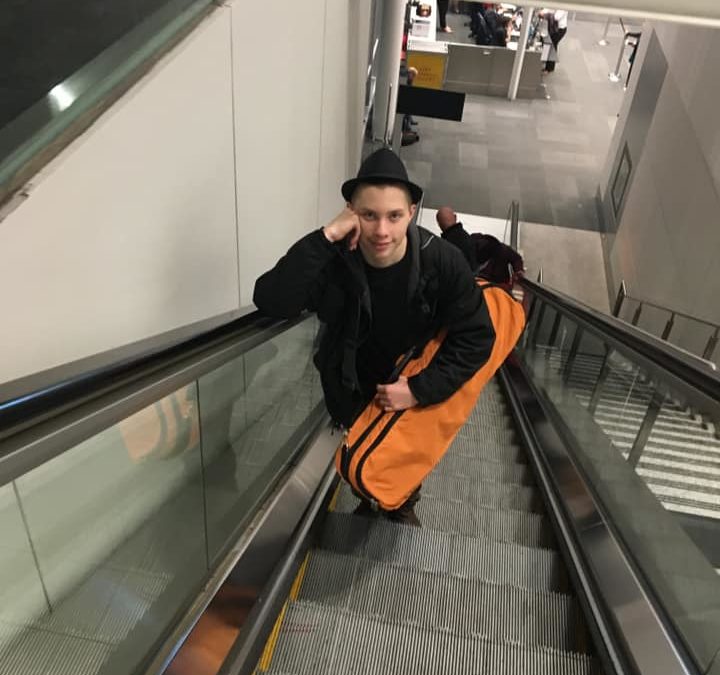 My Audition at the Berklee College of Music

Back in October I submitted my application to the Berklee College of Music in Boston, MA. Right after the submission I booked an audition and interview. During this process I got to choose a few preferred times and locations. For my first choice, with the drop down menu, I picked “Saturday November 23rd, Boston Massachusetts” and for my second option I chose “Saturday November 23rd, Boston Massachusetts”. Somehow they let me do that, haha. So, I got the time, date, and location that I wanted. At the time, the audition was about a month away, which isn’t a lot of time in practice land. The good thing was that it is all laid out very nicely on the website “How to prepare for your audition at Berklee”. I needed to play something for them, anything that I wanted, 3-5 minutes long. For that I chose two tunes, a waltz by Jon Showman called The Old Dominion Waltz and a tune by Casey Driessen called Hummingbirds vs. Yellowjackets (with the crazy fiddle solo). In total these two tunes were 4 minutes and 50 seconds, perfect. The next thing that I needed to practice for my audition was ear training. Things like singing and playing back melodies that they play on the piano. The next one was rhythmic playback. They clap a rhythm, I clap it back. They also ask you to improvise over blues changes, but you get to pick the key signature. The last thing that they get you to do is sight read.

When I got there I had to sign in, and they directed me to a big room where there were about 50 other people that were waiting for their audition. I was shocked. I had no idea that there were so many people auditioning that day, let alone at 9:00 in the morning. When my name finally got called I had to go sit in a chair and wait a little longer. All the other 17 year olds nexts to me looked just as terrified as I did. Finally someone came and got me and they took me to my audition room. There was someone just finishing their audition when I walked up, so I had to wait some more (there was a lot of waiting). At this point I was so nervous that I was shaking, but when I walked in there and met the three guys who were evaluating me, I immediately relaxed. They were super laid back and crackin’ jokes. It was a wonderful experience and since I was so relaxed, I played a lot better. I feel like my prepared piece went well, and we went straight into the improv afterwards. The improv also went well. Then he asked me to sing the notes he played me and then play them on my fiddle. And for any of you musicians, he played C D E, and I sang and played it no problem. Then he played C D E G, again no issues. Since I had no hesitation answering him he threw some crazy ones at me. He kept on adding a note each time. C D E G G#, then C D E G G# C, then C D E G G# C C#. After I continued to get them right he jumped down to the A below my starting note, which is a hard interval to get, but somehow I managed. After I completed the last one, the three of them laughed because the were surprised, haha. It’s all what you are familiar with though, the reason that I have a good ear is because I grew up learning fiddle tunes that way. I didn’t start reading sheet music until I had already been l playing for 5 years. That leads me to the sight reading portion. This was the hardest part for me, I have to admit. The way it worked was there were about 7, 8 bar, examples in a little book labeled “Violin” and the styles were classical, folk, funk/rock, and jazz. Obviously he could tell that I am mainly a folk artist, so he asked me to play the folk example. This wasn’t too bad, I think I made one mistake, but it was a fairly basic fiddle tune. He said afterwards “You’re a pretty good reader for a folk artist”, I took it as a compliment. After I laughed at his comment he wanted to challenge me with one more, so he asked me to play the funk/rock example. This one was a bunch of 16th note rest, randomly placed in between 16th note rhythms. Let’s just say, it didn’t go perfectly! For the most part it was a great experience that was a lot less stressful than I anticipated. If you are planning an audition at Berklee I definitely recommend doing it in Boston, and make sure you use the material on their website as a method of practice, that way you won’t stress so much 🙂

Update:  just before Christmas I got notification that I was accepted!!!  Berklee is an expensive school, so now I’m waiting with fingers crossed, hoping to get a scholarship offer.  I’ll keep everyone updated!