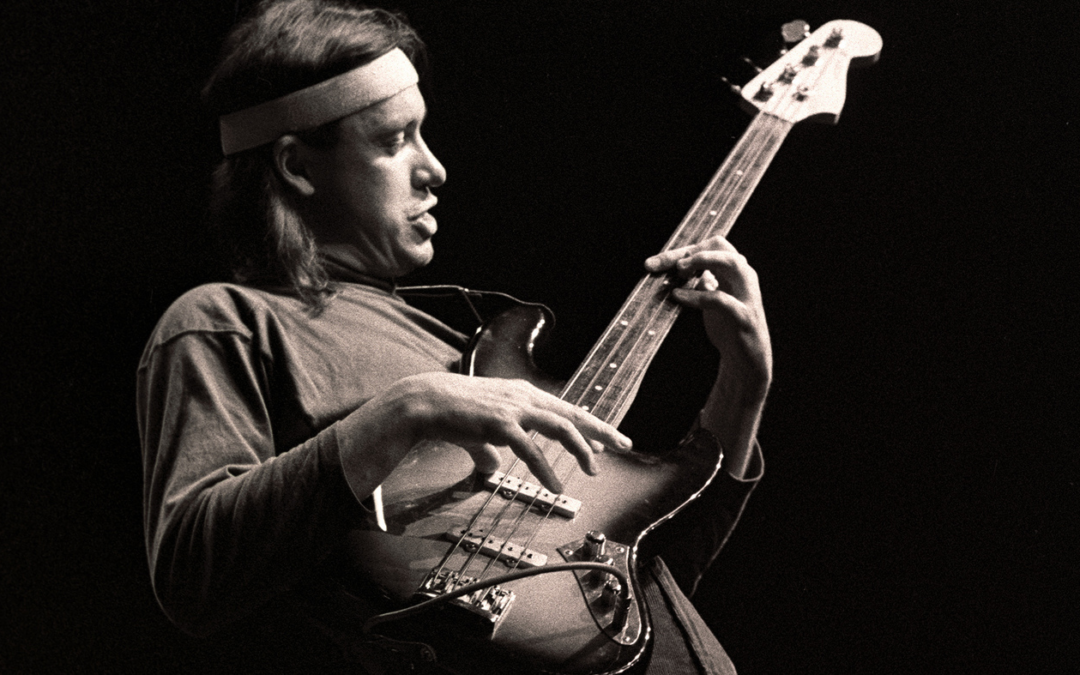 I talked in my last musical inspiration about how you should always look for inspiration from musicians that don’t play your primary instrument. The reason is that sometimes being inspired by musicians that don’t play your instrument can lead to an interesting discovery that wouldn’t have happened otherwise. This time around I’m going to talk about someone that everyone should know about, and that’s Jaco Pastorius.  Many of you may already know who he is, and the rest of you might have heard him before without even knowing.

Anyway, there is so much to mention when it comes to Jaco, but I’ll try to keep it somewhat succinct. Jaco Pastorius was born in 1951 and died in 1987 at only 36. In that time he came to be known as the best bass player in history. Although music is subjective, and it’s not good to label someone as the “best”, in this case, it’s safe to say he was at the very least one of the best.

What makes him so good? Well for starters he completely changed the way that the electric bass was played. The first way he did that was by ripping off all the frets, creating what is now fairly common, the fretless bass guitar. The reason he did this was because he was tired of having to do maintenance on his upright bass due to the humid climate in Florida. When he switched to electric bass, the frets didn’t allow him to have the jazz tone that he achieved on the upright, so he ripped all the frets off of his fender jazz bass and thus shaped his unique sound. The fretless electric bass, if you don’t know, has a ‘slidy-er’ tone, but also has a warmer and less metallic sound with the lack of frets. With this fretless bass, he performed many insane techniques that seem impossible on the instrument we associate with being a background, low register instrument.

One of those techniques is harmonics. Jaco was known for throwing in a blast of harmonics to his accompaniment, which fills in the high register of the bass and make you question if you even really need a piano. When done well, these harmonics can add an amazing texture to accompaniment. Jaco took them to the next level, though, writing a whole tune using artificial and natural harmonics. The tune is called “Portrait of Tracy” and it’s one of my favourites by him. I definitely recommend listening to that track, and when you do, remember that it’s only one guy playing one bass.

Another attribute of Jaco’s playing was his extreme dexterity and knowledge of the fingerboard. He demonstrates this in a lot of his fast-paced funk and fusion tunes, but the one he is most known for is “Donna Lee”. Now, “Donna Lee” is a Bebop tune that was written by Charlie Parker and originally played on the tenor saxophone. For reference, Bebop is a very fast style of jazz that is known for its chromaticism, basically meaning it’s hard to play on bass. That didn’t stop Jaco from recording a version of Donna Lee on his self titled album in 1976. With just percussion and bass, Jaco’s dexterity and technical ability shine through without a doubt.

If you’re a Joni Mitchell fan, listening to more than just “Big Yellow Taxi” and “River”, you have heard Jaco play. Some of the last projects he recorded were those of Joni Mitchell. Mingus, Hejira, and Don Juan’s Reckless Daughter are ones to check out. Some people think that his playing on Joni’s albums was too much and that he ‘overplayed’, but I feel like he adds an amazing texture that isn’t replicable by anyone else. If you listen to any one of the tracks that he plays on throughout those previously mentioned albums, you’ll hear him right away because he’s playing very intrusively and is right up front in the mix with Joni’s voice. Just listen for the slidy whale sounds.

Of course, I didn’t tell you everything there is to know about Jaco Pastorius, but hopefully, you feel somewhat inspired so that you go and do your own research. I strongly encourage you to listen to a variety of his music as there is such a contrast between each project he worked on. As mentioned, a good place to start would be his self titled album, then branching out to some of Joni Mitchell’s records, and a third one to check out is his playing with Weather Report. Remember to branch out and listen to things you’ve never heard before, and you’ll be surprised what you find.