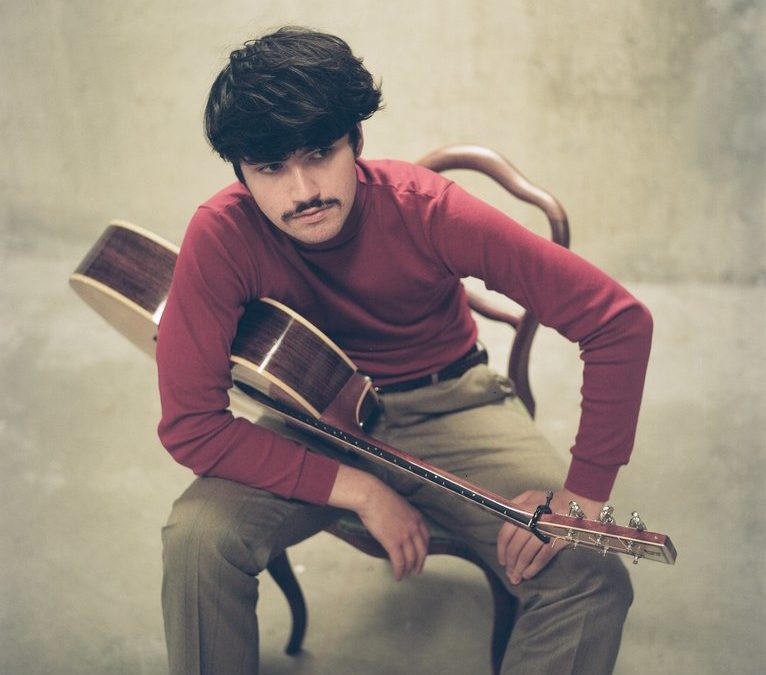 Many of you may know who Quinn Bachand is through various groups that he is in; Qristina & Quinn Bachand, Brishen, Kittle & Co. I first saw Quinn when he was touring as a guitarist/fiddler/banjo player for Shane Cook, quite a few years ago. Since then I have seen him perform with many different acts, including Ashley MacIsaac. Every time that I see him play he always shocks me with his wide range of abilities and knowledge. He is a Berklee graduate, but he had a lot of his talent before he even went to school. What Quinn does on stage with his guitar is make you perceive the melody, that the lead instrument is playing, in the way that he wants you to hear. What I mean by that is he constructs his chords, not just in the ‘correct’ way, but in a way that alters your perception of the melody in an interesting way. He could make you feel different emotions for the same melody depending on what chords he plays. Obviously, this is the purpose of a chord, but he does this on the spot while he’s performing. I was lucky enough to be able to play with him this past year. I performed a short 20 minute set with him and we played a bunch of traditional fiddle tunes. It was one of my favorite performances because of how easy it was to play with him, and we didn’t even have a rehearsal. Quinn Bachand is a remarkable musician and great person, and he has inspired me to pursue my career in music on fiddle and guitar, so I highly recommend you check him out.

video of Quinn and Quin