Quin With One N Opening for the Fretless

Quin With One N will be opening for the Fretless with his solo show.  The Fretless is the Canadian fiddle foursome playing an essential part in the emerging movement mainstreaming traditional Irish folk music. Starting with its debut album in 2012, the band has steadily pushed further into the public eye, winning Instrumental Album of the Year at the Western Canadian Music Awards and Instrumental Group of the Year at the Canadian Folk Music Awards. Its 2014 tune “Waiving To Ryan” has topped a million Spotify plays,… 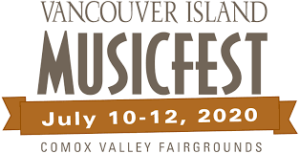 Quin With One N will be performing at the Vancouver Island Music Fest! He will have a total of four performances over the weekend of the festival, so there will be many chances to listen to his solo performance.